It is a false dichotomy to say that my relationship with Northwestern is educational rather than economic. The university benefits tremendously from my labor. I have been the TA for a wide range of courses: 100-level classes in which we try to impart students who are not in math-intensive fields with the ability to think critically about quantitative arguments; large calculus courses to supplement what students have learned in high school; and upper division classes for those interested in being a math major. Along with my fellow TAs in the math department, we teach almost every student at Northwestern.

Through the last few years since the Columbia decision, NUGW has fought and won on several issues. These victories came only because we were able to act collectively. Consistently, we see the administration at Northwestern mistreat small groups of grad workers, simply because it can. They have levied outrageous continuation fees for doctoral of musical arts students, singled out international students with the burden of funding the International Office, and taken away crucial sources of funding for a few students without notice. These are only a few instances of how the administration takes advantage of the power imbalance and why it is crucial graduate workers unionize.

Dozens of graduate unions rely on the Columbia decision, which gave us the right to unionize. To reverse this decision in the name of stability is absurd on its face. Furthermore, graduate unions at Brown University and Georgetown have recently successfully petitioned their universities for voluntary recognition. We do the same work as the tens of thousands of our colleagues in public and private sector graduate unions, and it would be preposterous for the Board to pass a rule which fails to recognize that. 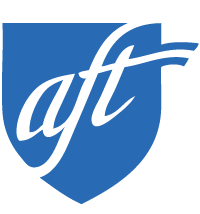