Higher-ed works because we do. 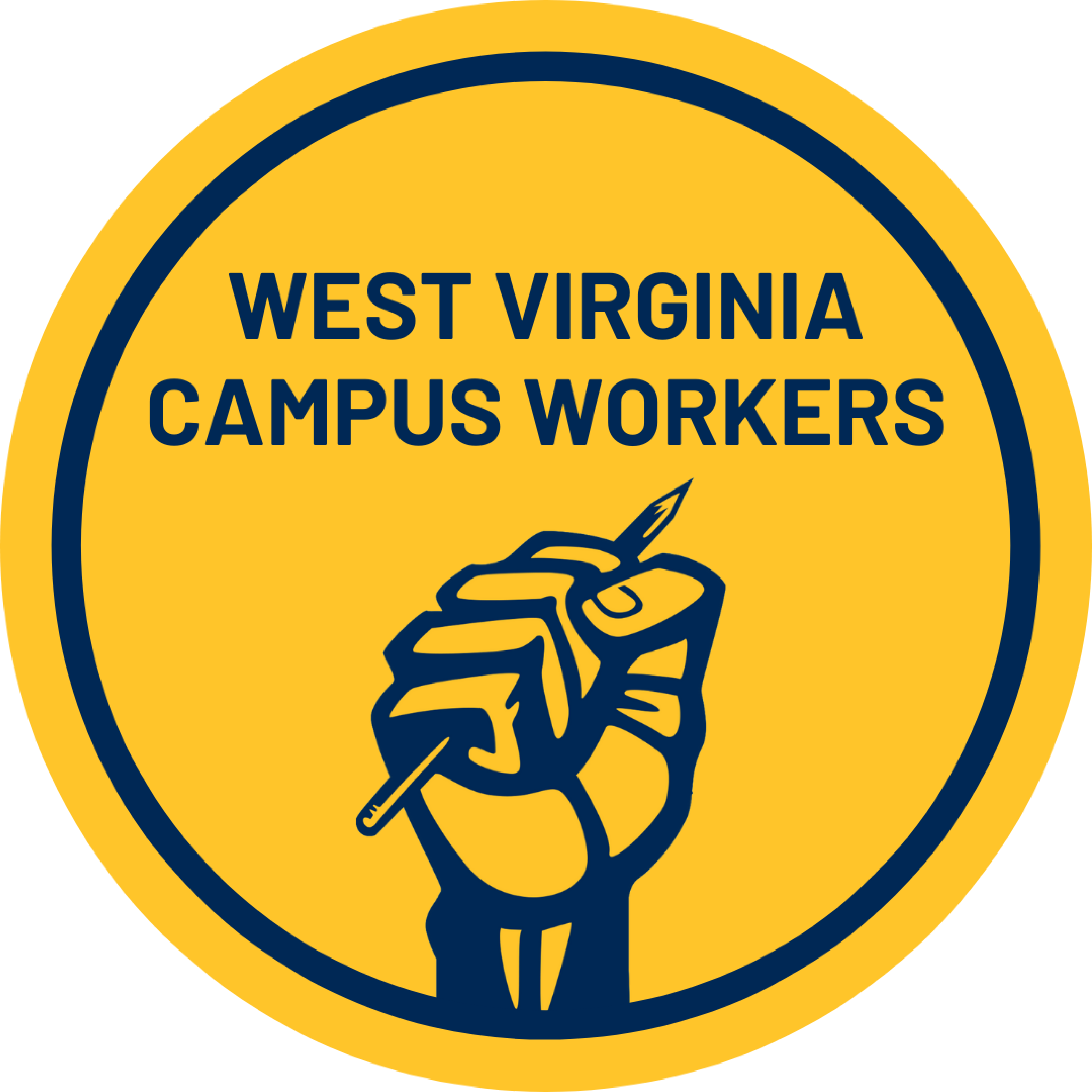 West Virginia Campus Workers aims to build worker power by organizing across all paid WVU campus roles–giving workers the power to create real change. WVCW founding members represent a diverse alliance of workers organizing across the University over the past year to build a strong membership advocating for social and economic justice in higher-ed. While West Virginia law prevents us from bargaining collectively with our employers, our constitutional freedoms of speech and assembly empower us to become a union by acting like one.

In recent years, WVU workers have increasingly voiced frustrations over a wide range of issues, including the restrictive cost of graduate student fees, lack of support for employee well-being, and the University’s laissez-faire response to COVID-19 rates in the campus community. These issues can be addressed through consistent and thoughtful organizing of our WVU communities. Like proud West Virginian Hazel Dickens once sang, “Working people, use your power, the key to liberty! There ain’t no way they can ever keep us down!

STATEMENT BY FACULTY MEMBERS OF WVCW:

As many of you know, a Special University Assembly meeting was held on Wednesday that concluded with a decisive vote against the revised Procedures for Appointment, Annual Evaluation, Promotion and Tenure. This vote represents a blow to the administration’s campaign to diminish tenure rights and a small victory in the battle against the steady national decline in democratic governance, due process, and academic freedom in higher education.

The struggle is far from over. Although democratic bodies like this University Assembly, or even the Faculty Senate, have all too little power, and the eventual outcome of this resolution remains to be seen, we are proud that our colleagues were able to respond in such a short amount of time. Over the past months, the original resolution has been considerably altered, the vote delayed, a University Assembly called, and the resolution defeated by a two-to-one margin within that body. Every victory came from concerted organizing, and West Virginia Campus Workers was an important part of that effort.

The fight to protect due-process and academic freedom at WVU for faculty will continue, but now with a clear mandate. We strongly believe that this process has demonstrated the need for an independent organization that represents our collective interests and that builds faculty, student, and staff power – in a word, a union.

We at West Virginia Campus Workers are building that organization. Please join us for our upcoming Faculty Union Gathering to learn more. Together we can ensure that faculty have the power we need to advance our interests, and those of all WVU workers. 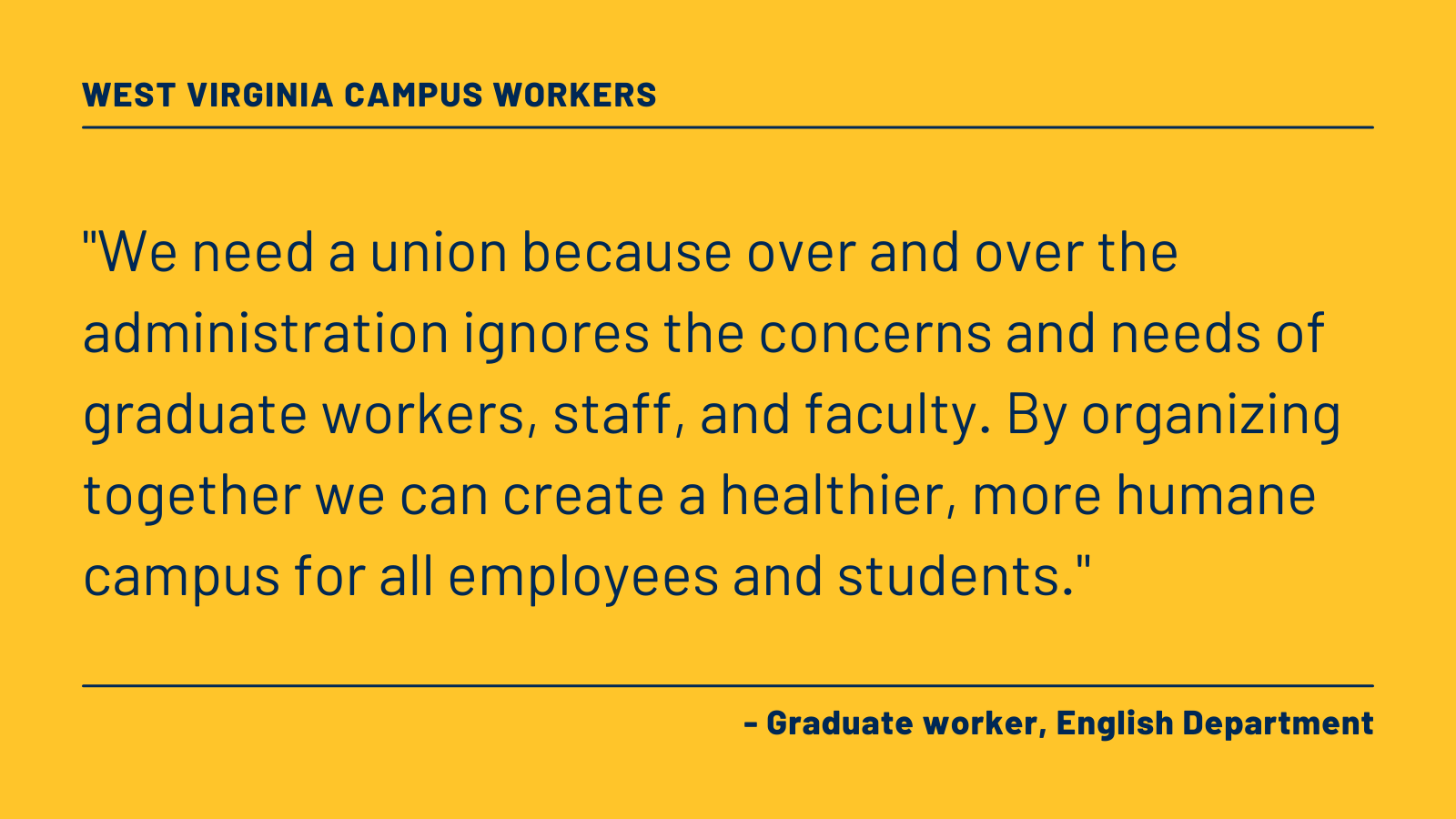 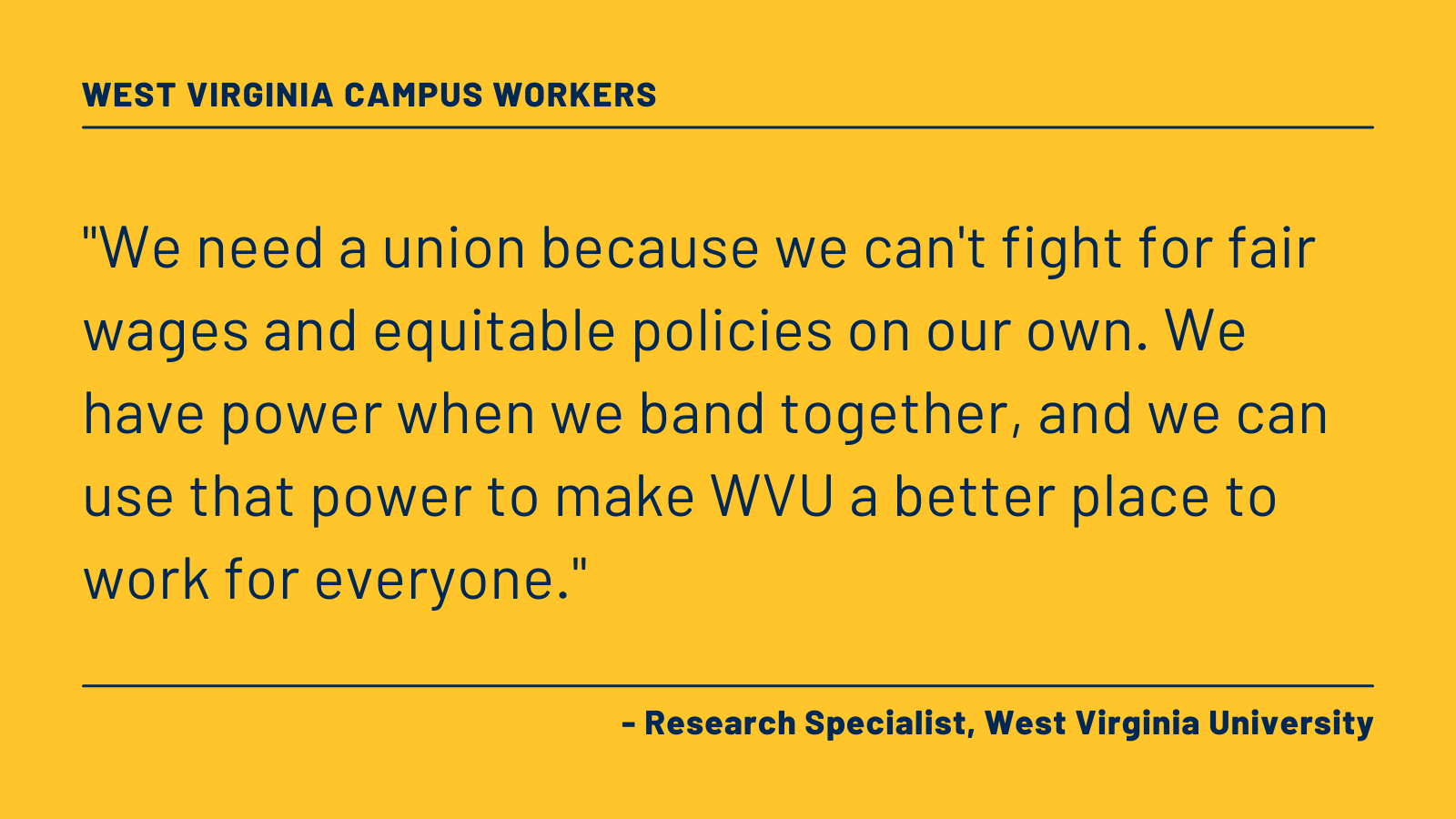 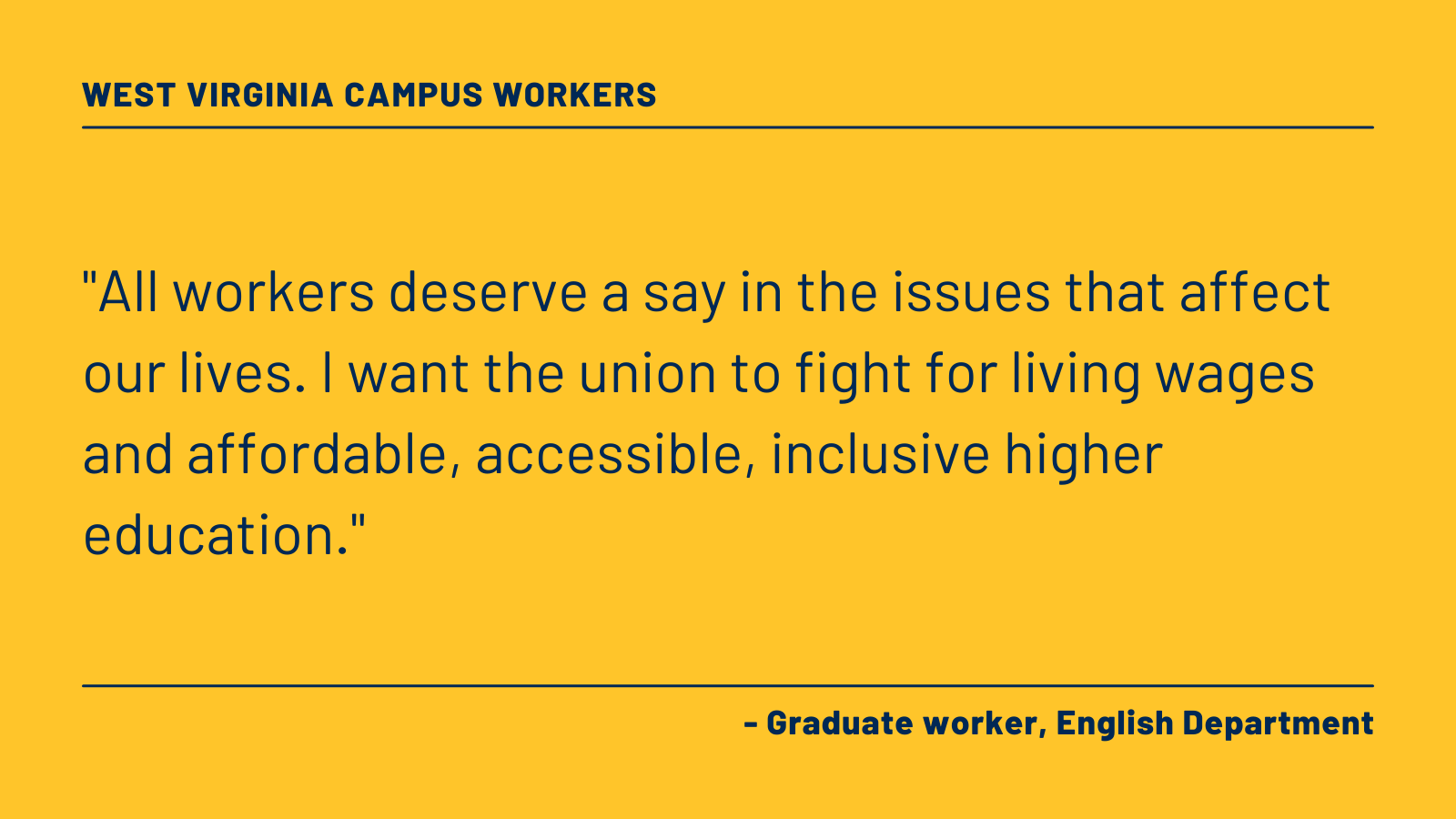 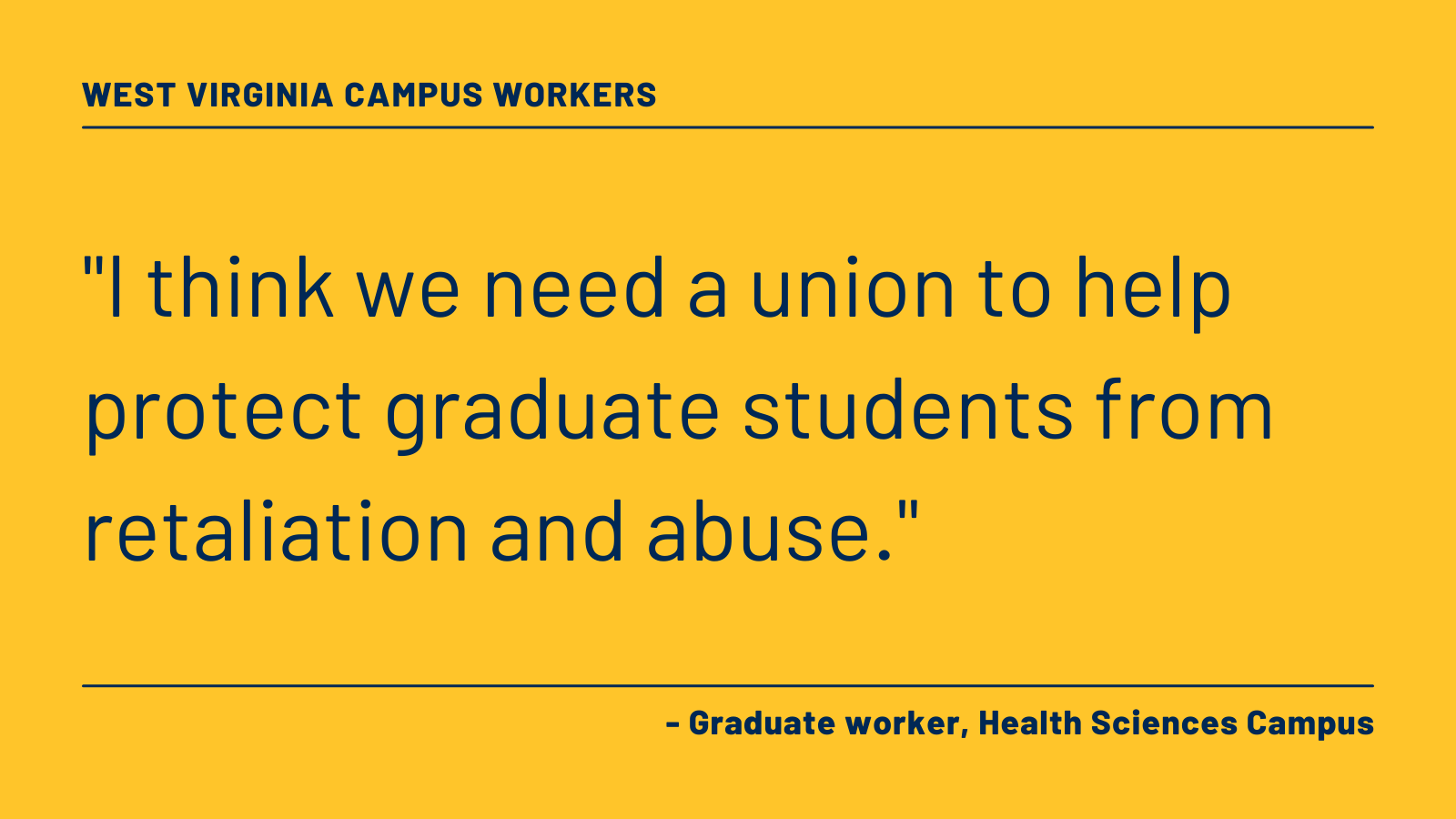